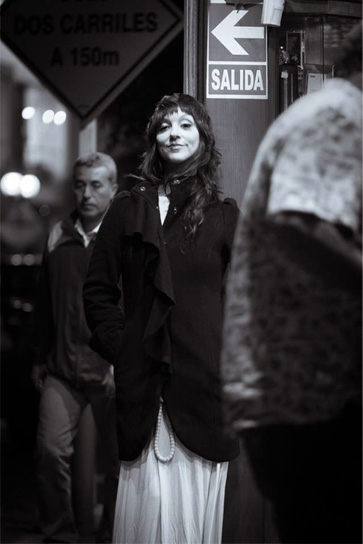 Has been trained in different disciplines to complement her professional career such as pole dance, stretching, tango, contortion, yoga, physical theater and performance.

Took charge of the direction and choreography of some multidisciplinary productions, “Control” (2011) being the most outstanding.

In 2010, won first place in the South American Championship of Pole Dance in Buenos Aires.

In 2011, was a finalist at the World Championship of Pole Dance in Budapest.

Since 2011, has judged in many international championships of pole dance. Often invited as a guest performer for events and competitions.

Elizabeth has also taken part in some television programs in Lima and the United States.

In 2015, created an independent workshop “Physical Pole Drama” which is an experimental mixture of different performing arts. The workshop explores physical theater using the pole as an instrument of communication. This workshop has been taught in Lima, Berlin, Bogota and Andalusia, and has obtained positive results everywhere, which has served as great motivation for further research and creation.

Dancer and Acrobatic pole performer in Aera dance company in the Productions “Chaos” (2016) and “Burn like the Sun” (2017) NYC.

At the beginning of 2020 when the pandemic started, Elizabeth decided to open the online school “Arte en movimiento” to continue teaching students around the world.

Elizabeth is currently working in her laboratory-space and is teaching online lessons of stretching & conditioning. 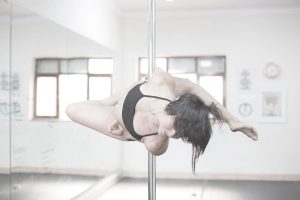